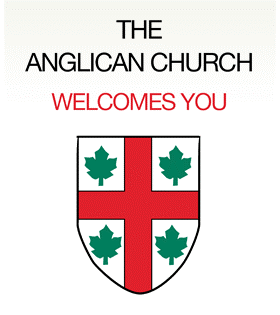 The Diocese of Rupert’s Land is home to approximately 12,000 Anglicans registered on Parish rolls, worshiping in sixty-five parishes and three missions.  The Diocese of Rupert’s Land is bounded on the south by the U.S. border and extends north into the Interlake Region past Fairford. The western boundary reaches into the Pembina Hills and includes Portage la Prairie. On the east the diocese stretches to Sioux Lookout/Atikokan

The history of the Diocese extends back to the fur trade and Red River Settlement. It is rooted in a long-standing partnership between Aboriginal peoples and European traders and settlers. Rupert’s Land is where you will find the earliest churches in Western Canada.

As a diocese we are oriented to carrying forward the mission of Jesus Christ. Meaningful inner-city missions, innovative Indigenous ministries, forward-looking urban and rural models of ministry, liturgy with integrity and warm and inviting communities are some of the distinguishing features of the life of the diocese.

Members of the Diocese are encouraged to seek a greater understanding of the Indigenous Peoples within Canada and to support those peoples in their ongoing efforts for their inherent sovereignty and fundamental human rights as peoples to be respected by understanding the reality that we are all Treaty People.  Endorses the UN Declaration on the Rights of Indigenous Peoples adopted by the UN General Assembly on 13 September 2007.

There is a dedicated, confidential phone line at 204-453-3279. Messages go only to the Pastor for Healthy Communities (currently The Rev. Canon Mary Holmen) for response and action.

The policy sets out the procedures for reporting and responding to complaints of sexual harassment, sexual exploitation, and sexual abuse. A Diocesan Resource Team works with the Bishop and Pastor for Healthy Communities in implementing the policy.