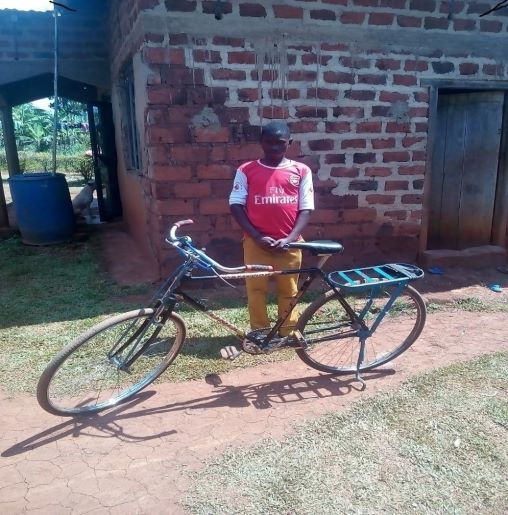 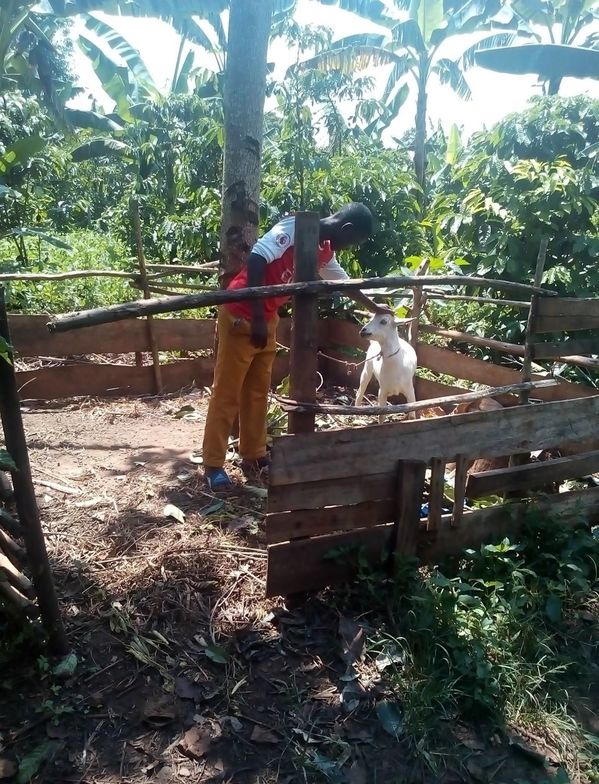 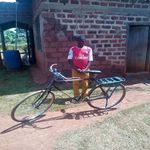 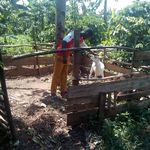 The boy’s name is Ronnie Kawalya and he schools at Kyagalanyi Primary school and by the lockdowns, he was in Primary 6. He is living with his mother and a little niece. He says, when the schools were locked down, he started making bricks at home from soil to get money for helping them through the pandemic because his mother was sick he adds that luck came when the program sent him Ug 200,000. And when he got it, he and his mother decided to use it to buy a second hand bicycle to help him fetch water for mingling the soil and carrying firewood for baking the bricks. He says he bought it at Ug shs 180.000 and then he put the balance of Ug shs 20.000 on buying firewood for baking the bricks. He made money from the bricks and bought a goat at Ug shs 120,000 shillings for rearing. And now the goat has produced twice. He says he is very ready to go back to school when schools reopen. He and his mother are very appreciative to the program. He says, also that the money he gets from the bricks helps them to buy domestic needs including medication.

For more information on the great work the Orphan's Program does, please see the full update attached.

COVID 19 Update from the Bishop Incumbent position - All Saints, Winnipeg